John Hackett is known for his distinctive flute sound in the world of progressive music and as an accomplished soloist. 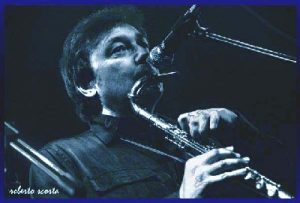 Solo flautist, guitarist, singer and composer, John is best known for his work with his brother Steve Hackett, the former Genesis guitarist.

He began by learning guitar until aged 15, after hearing Ian McDonald playing with rock band King Crimson, he took up the flute. He collaborated with Steve on his early albums and toured with him playing flute, guitar and bass pedals.

He was a founder member of Symbiosis, with Clive Williamson and Richard Bolton.

He has recorded several classical solo and duo albums, but 2005 saw a change of direction with John releasing a rock album of his own songs, lyrics by Nick Clabburn, Checking Out of London which was given 5 stars in Record Collector magazine.  This was followed by an experimental flute/dance album Red Planet Rhythm with Moodi Drury. 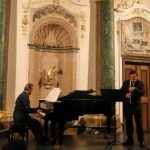 John has worked alongside Italian organist Marco Lo Muscio, in live performances across Europe playing a unique blend of classical and progressive music, and they have also collaborated on the Playing The History project. 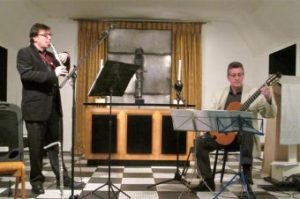 Since 2012, John has worked with classical guitarist Nick Fletcher. They have performed as a flute/guitar duo across England and recorded two albums of instrumental music, the first of which also featured Steve Hackett.

The release of the rock album Another Life (on Esoteric Antenna) in 2015 was the catalyst to forming the new John Hackett Band with Nick, Jeremy Richardson and Duncan Parsons in 2016. Following several live shows, they recorded a new studio album We Are Not Alone, released in 2017 with a bonus live disc recorded in May 2016 at the Classic Rock Society in Maltby. 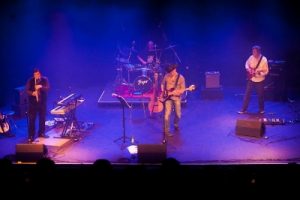 He has published three books with backing CDs of original music written specially to help new flute-players to learn the instrument.

John Hackett is one of the few flautists in the world to play a vertical flute.