Now that the Christmas decorations have been put away, thank you letters have been written and New Year resolutions have been quietly forgotten, our thoughts turn to the year ahead.

Here at John Hackett Band headquarters we have kicked off with a stonking few days’ rehearsal. Somehow we remembered most of the notes ,mostly in the right order and even had a stab at some Steve Hackett classic tracks that we will be gradually adding to the melting pot this year, starting with Hands of the Priestess at our first gig in Keighley (plus Apostle) on 14 March.

Then it’s our home town of Sheffield on 15 March (with Howard Sinclair) followed by O’Riley’s, Hull 21 March where Coma Rossi, who have been causing such interest, have kindly agreed to open the proceedings for us.

Meanwhile I’ve been beavering away in my man cave, with new material for the follow up to our album We Are Not Alone with the odd break to practise my flute scales-really looking forward to playing at the launch of Amy Birks’ new album at the Troubadour, London on 5 April and thrilled that she will be joining us later in April.

Do keep an eye on our John Hackett Band facebook page for details of all the fun ahead. 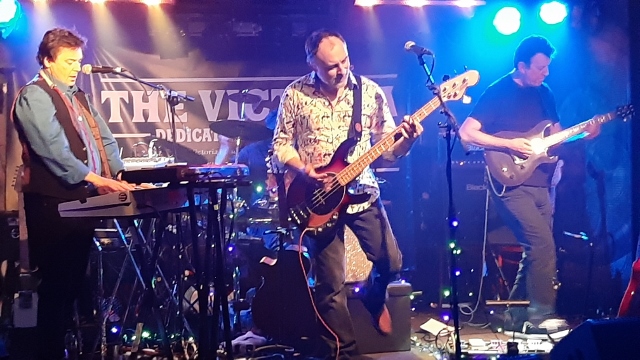