Last year ended on a high literally as I found myself half-way up a mountain in Italy for the spectacular annual nativity in Cerqueto. This year is no less exciting as we play our final John Hackett Band gig for 2019 at The Vic, Swindon on 21 December (support Howard Sinclair).

It follows a year which has seen us venture abroad with the band for the first time as we took part in the Progdreams festival in Holland alongside our friends Franck Carducci and The Watch. It is some 3 years now since I formed the band – this year we have been returning to lovely venues like Acapela in Cardiff and The Greystones , Sheffield where I think we probably hit our best form yet.

Along the way we have been around the country seeing old friends and making quite a few new ones as well! It is a constant reminder of what a privilege it is to work at something that still has the power to bring people together in such a positive way. So a big thank you to all those lovely people who came along to see us and for all the nice things you have said about JHB.

It has been an absolute delight this year to play flute on Amy Birks’ (Beatrix Players, Prog Readers female vocalist of the year 2018) wonderful new album, released 14 February 2020 and I will be joining her for her set with us in Penzance and Tavistock.

It has also been a delight to join my brother Steve and his fantastic band for part of his Genesis Revisited-Selling England by the Pound/Spectral Mornings tour – we wish him and the team well for the Seconds Out tour next year. And thanks also to The Book of Genesis for inviting me to guest with them at their Charterhouse show.

On the more classical side Marco Lo Muscio and I have been thrilled with the reaction to our On the Wings of the Wind album released on the Italian Stradivarius label. Still to come is the baroque album for flute and guitar that Nick Fletcher and I have recorded featuring Vivaldi’s flute Concerto, the Goldfinch, plus works by Bach and Handel.

Finally, I was humbled (I am,in fact, ever so humble) to be asked to be a patron of the newly formed Spirit of Progressive Rock who have taken up where The Classic Rock Society left off – good luck to them for 2020 and all thanks to those who came to the first in a new series of acoustic gigs which my new outfit Moonspinner played with friends Howard Sinclair and Matt Lumb at the piano.

Next year promises to be even more exciting (no, not possible you may gasp) with lots more gigs  and trips to Holland and Germany plus various recordings including a new band album in the offing. We are currently writing new material which we will be slotting into the set as the year progresses-we hope to see you there.
One of the great things about having a band is that we are able to invite other artists we particularly admire to join us for our shows ( I do hope those days of “the support are on-let’s head for the bar..”  are long behind us when there is such a wealth of talent out there). So far we have Apostle, Howard Sinclair, The Kentish Spires, Lucid, Coma Rossi, Joanne Harris and the Storytime Band and Amy Birks  lined up to entertain you. We will also be sharing the stage with IT, Haze and the Gift among others so a truly bumper year ahead! 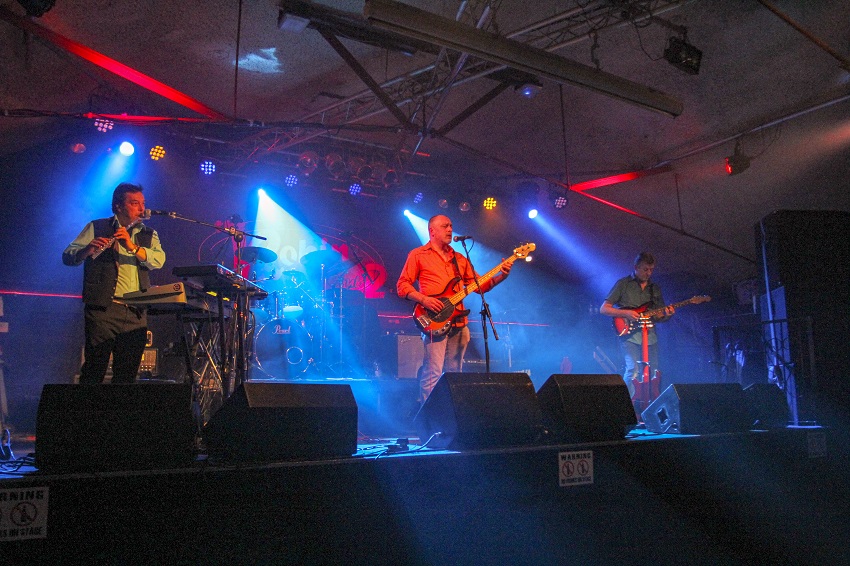